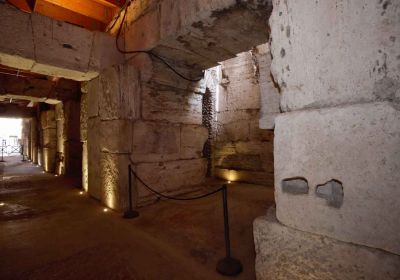 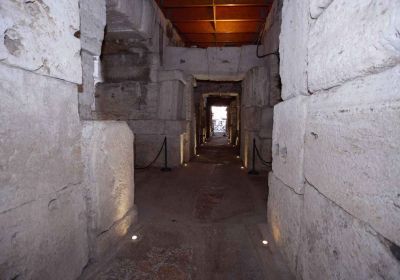 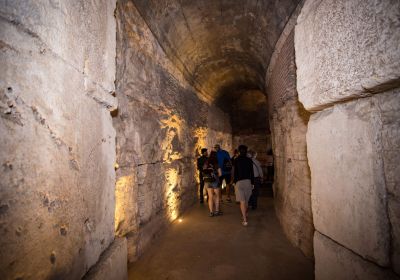 Cancel up to 24 hours before your activity starts for a full refund.
See More Tours

When you visit the Colosseum, make sure to delve beneath its surface and follow the footsteps of the Gladiators on your Colosseum Dungeons Tour! The tour starts at the special entrance to the “backstage” of the arena.

First, you’ll descend into the Colosseum basement section. This is where your expert guide will show you its inner workings and mechanisms of how the chambers were lifted up and the Gladiators tensely awaited their fate. This is also the area where the animals were held to be released during the show. Tigers, elephants and other exotic creatures were made to fight other animals as well as the gladiators at the Colosseum’s crowded stands.

Following the Colosseum underground visit, your guide will take you up into the stands where spectators would sit and watch the bloodbath take place on the Colosseum’s arena floor. By now you’ll be able to understand the magnitude and aura of the amphitheater.

The Colosseum Dungeons tour comes with a skip-the-line access ticket to the Roman Forum, Ancient Rome’s civic center. Here you will walk along the Via Sacra, the same road where legionnaires walked as they returned home from war.

Admire the Palatine Hill and discover the story of violent conflicts carried out by rulers throughout the history of the Roman Empire. You will follow in the footsteps of emperors as you explore what remains of their ancient palaces and enjoy breathtaking views of Rome.

In just two and a half hours, you will learn the legend behind the birth of Rome and how it rose from a mere swampland to become the ancient world’s greatest superpower , all due to aggressive combat and superior organization. Your guide will lead you through the Ancient City where you will visit the oldest part of Rome. And, of course, the highlight will be when you descend into the Colosseum basement to explore what lies beneath.

This tour gives you a chance to step back in time and enter the Colosseum dungeons as you make your way underneath the Colosseum.

You will get to explore this incredible monument alongside an expert guide with a small group. With breathtaking views, sordid tales and humorous anecdotes, your guide will keep you entertained and engaged throughout the tour. The underground chambers of the Colosseum had various purposes. Some were used to store stage props while others housed exotic animals that were to be used in the gladiator battles.

Via this incredible Colosseum underground tour you have exclusive access to areas of the Colosseum that are often unexplored. You will get to stand where gladiators once did as they awaited battle and see where wild animals were kept during the show. The underbelly of the Colosseum was where all of the behind-the-scenes action would take place during a spectacle on the arena floor above. Hundreds of men worked tirelessly to move props and animals from the underground chambers to the elevator. Using the trap doors connected to elevators, the animals would be released into the arena. These surprises were much to the delight of crowds and to the dismay of those on the arena stage.

After your guide has taken you through the Colosseum’s underground chambers you will have a chance to explore the first and second level of the monument. As you walk the vast corridors your guide will detail how, in a matter of minutes, the Colosseum could fill the more than 50,000 seats. From the balcony on the second level you will have a breathtaking view of the Ancient City.

Book your Colosseum underground tour early to ensure your spot and explore the fascinating aspects of ancient Roman history. You will make memories that last forever with this once-in-a-lifetime chance to experience the iconic underground chambers of Rome’s Colosseum. Don’t miss your chance to see where it all began!

Know Before You Go

Things that are not allowed:


Note: The Imperial Forum Road is closed to car and bus traffic on Sundays, which means it’s the perfect time to go for rental bikes or take a nice walk along via Fori Imperiali towards the Colosseum. Some bus routes are deviated on Sundays, so be sure to allow extra time to arrive. 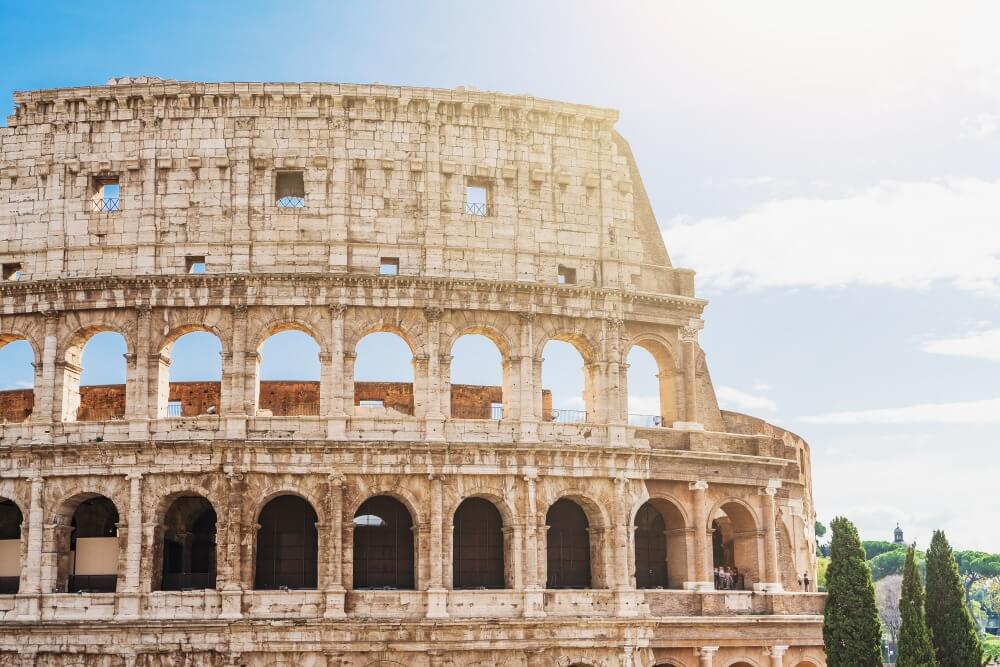 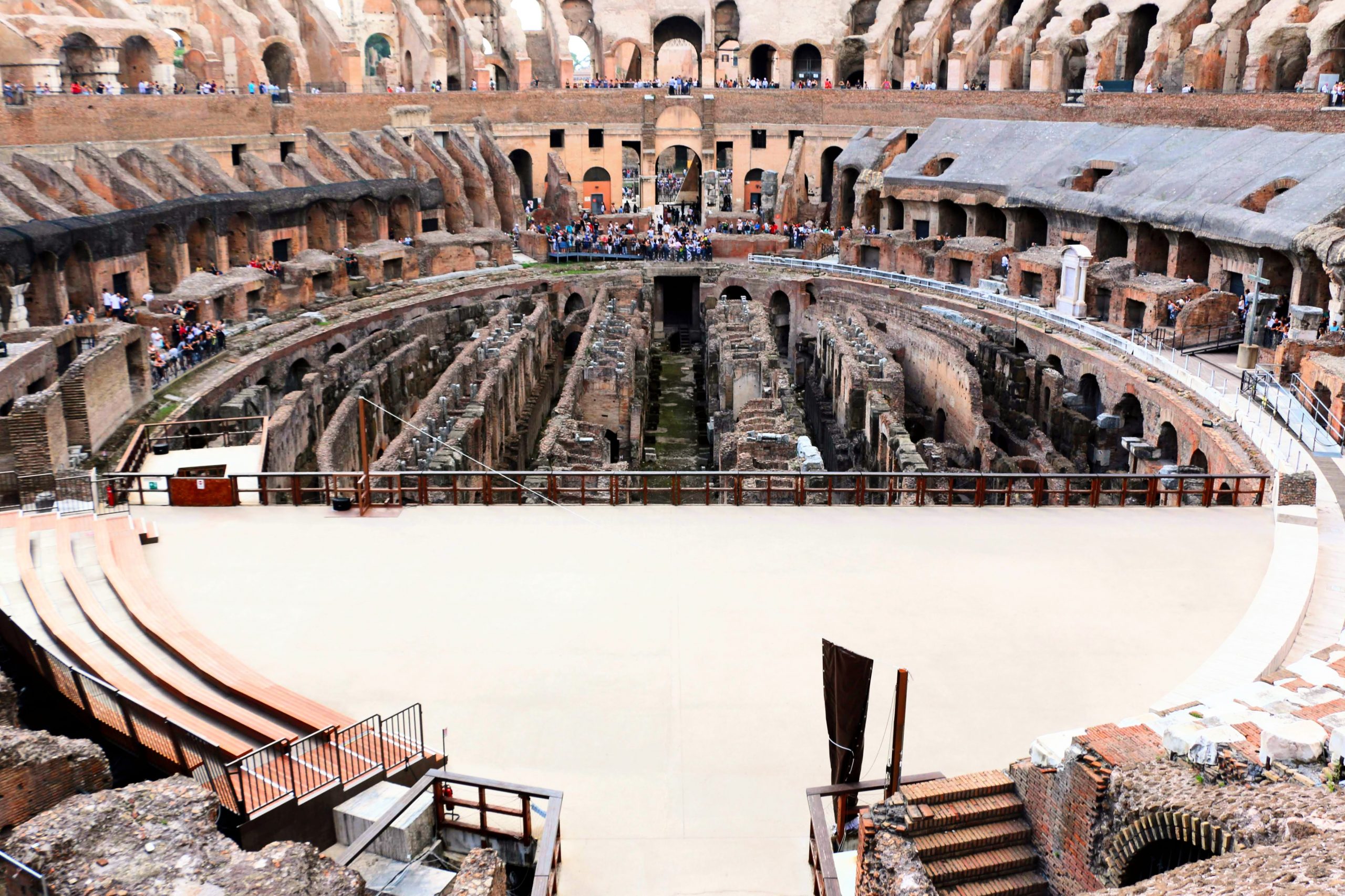 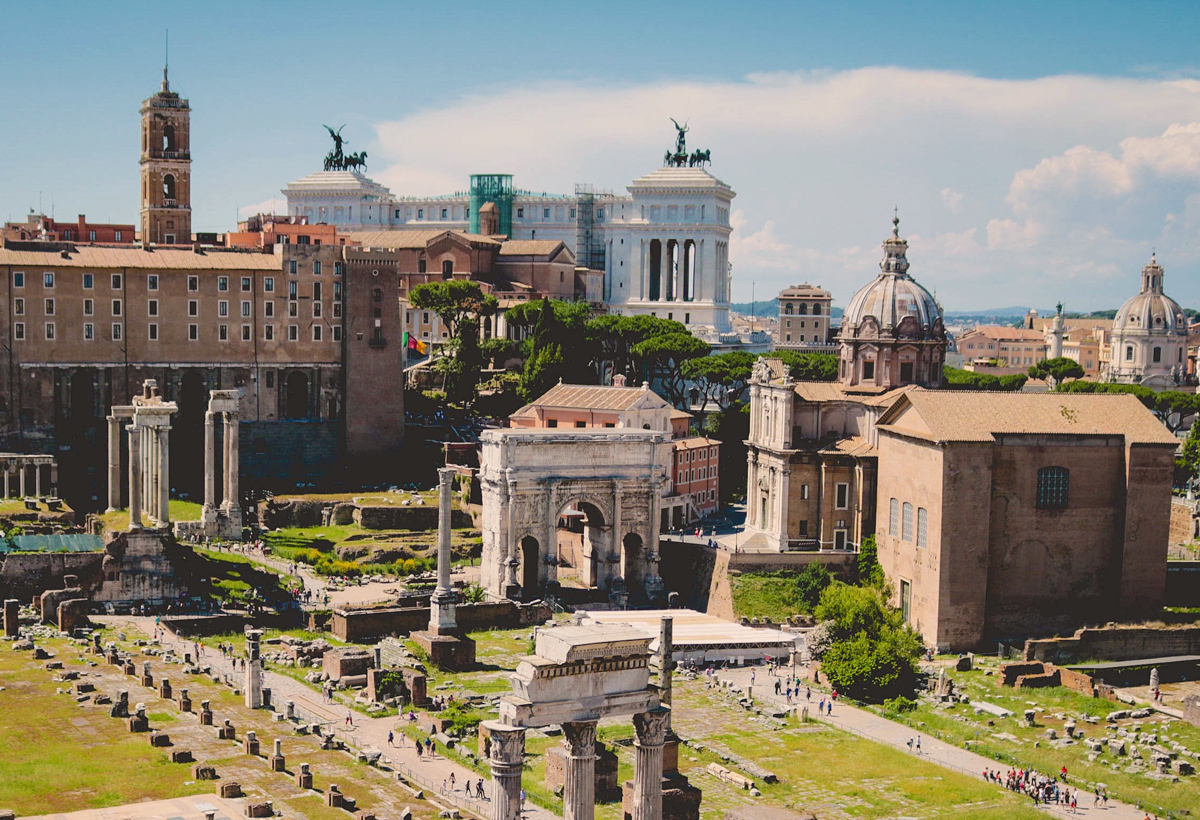 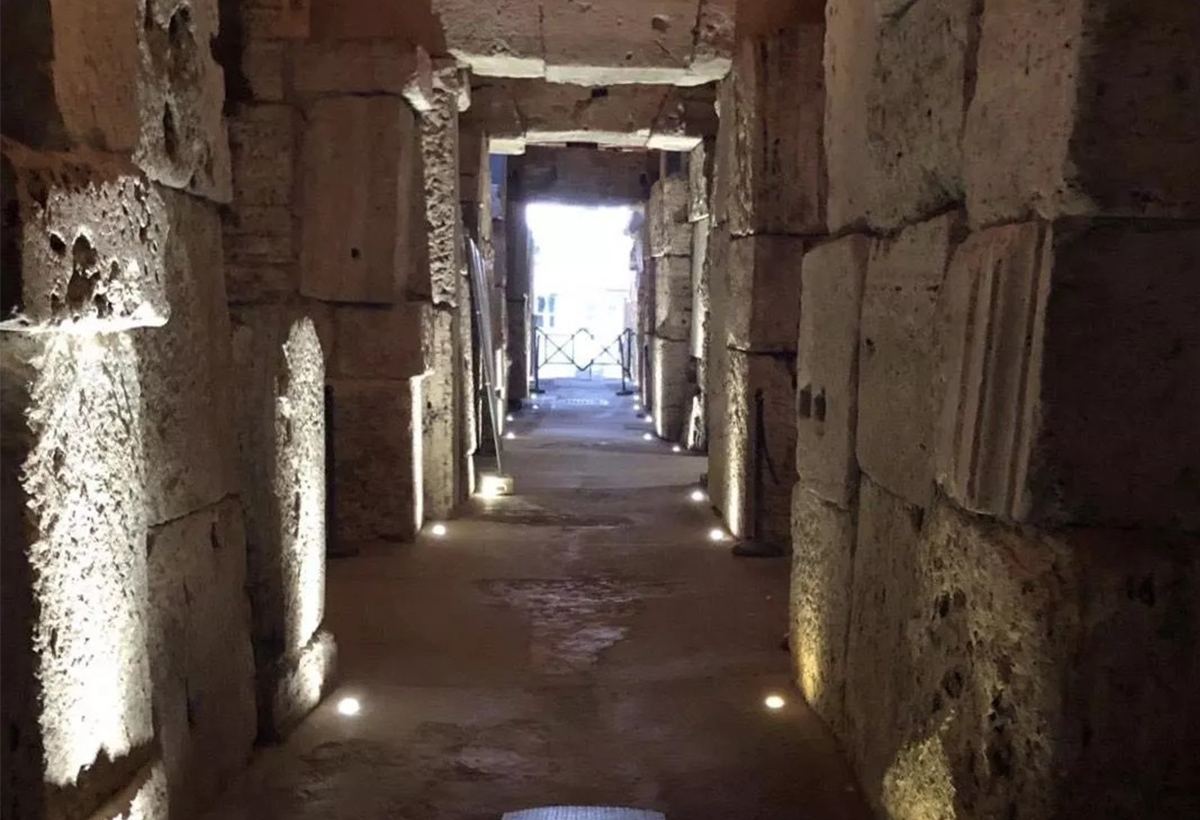 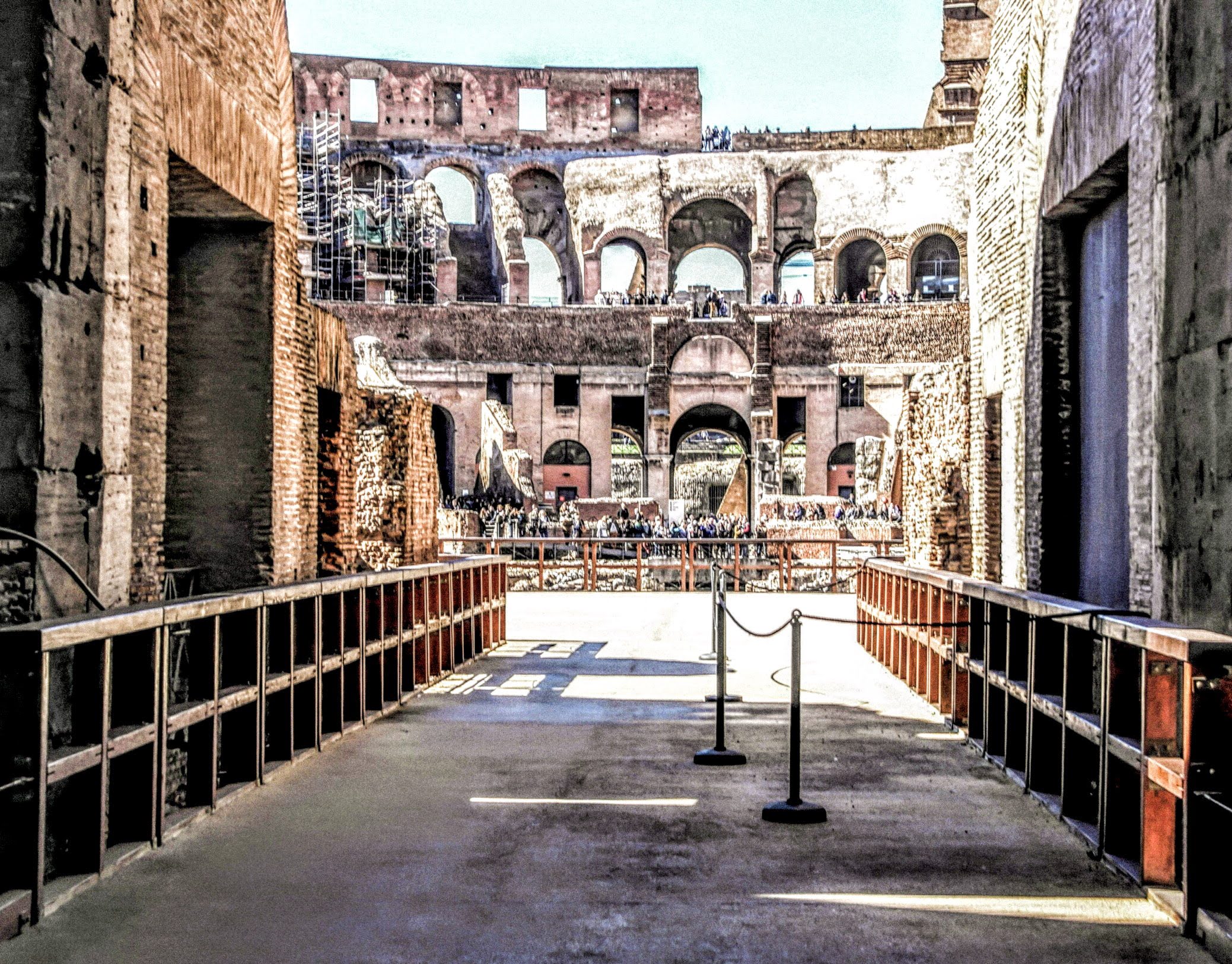 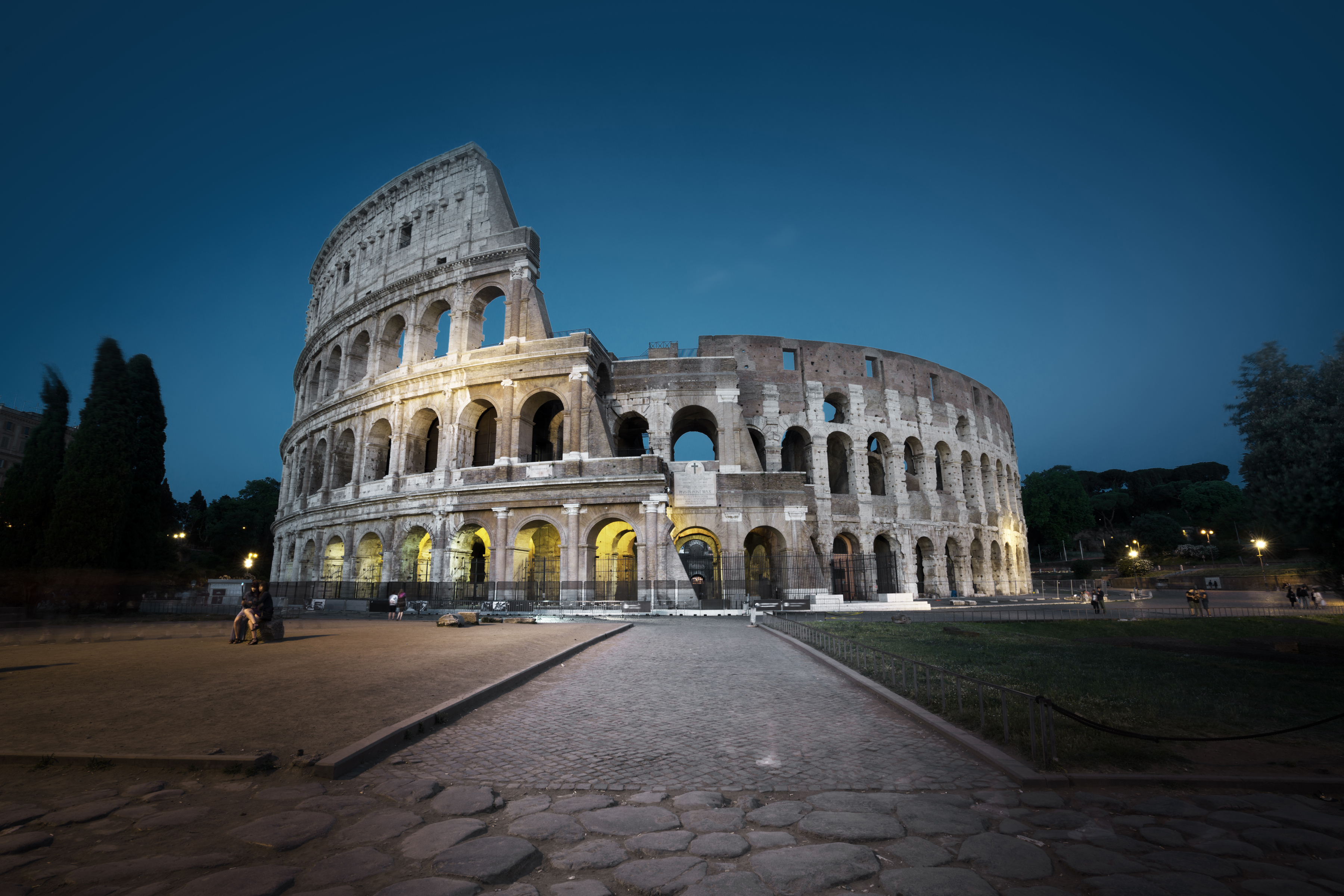