THE HISTORY OF THE COLOSSEUM

History of the Colosseum: Introduction

The Colosseum, Rome’s most iconic symbol, was constructed in the years 70/72-80 A.D. with a workforce of tens of thousands of slaves. The Emperor Vespasian gifted the monument to the citizens of Rome naming it the Flavian Amphitheater (the nickname Colosseum would come later). It was Titus, Vespasian’s son, that inaugurated the Colosseum with 100 days of free entertainment including wild animals, executions as well as gladiator bouts.

The Colosseum was an active amphitheater for roughly 4 centuries and then it fell into disrepair and was used as a source of building material until the 18th century. Despite the result of time, earthquakes and scavenging - with only approximately one-third of the Colosseum remaining - it is still a symbolic monument of Rome that attracts millions of visitors every year. 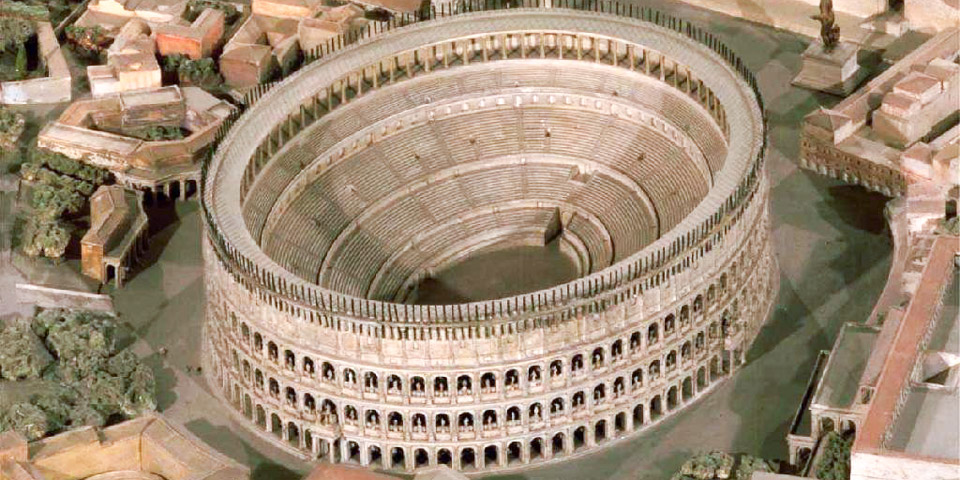 Rome was going through tumultuous times before the idea of the Colosseum was conceived. The infamous Emperor Nero had had his run of things and, after he killed himself in 68 A.D., left the empire in a state of chaos leading to a series of civil wars. Eventually Vespasian would come to rule in what would be known as the Flavian Dynasty - including himself and his sons, Titus and Domitian. Throughout this dynasty, the family would encourage public welfare and senate authority while discouraging the excesses for which the Roman court was well known.

In a symbolic gesture the area of land that had once been Nero’s “Golden House” was given back to the Roman citizens by Vespasian. In addition to giving the land back to the citizens, the giant bronze statue of Nero that stood nearby was transformed to resemble a sun-god. The ‘colossal’ dimensions of the statue are thought to be inspiration for the nickname Colosseum. 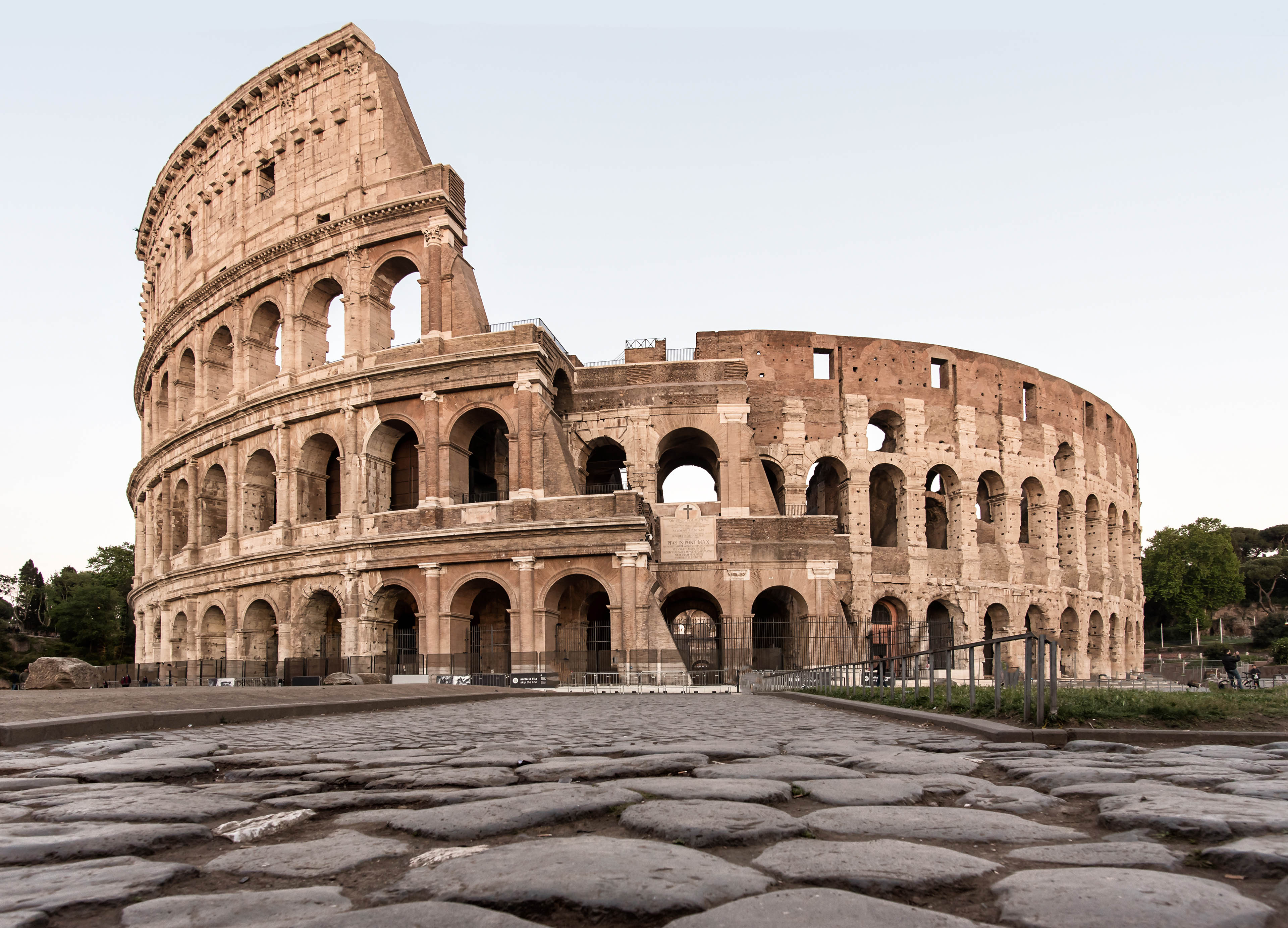 Though the Colosseum was opened under Titus, the construction of the monument was completed under the reign of his brother, Domitian. The structure was built in the valley between the Caelian, Esquiline and Palatine hills and was unlike anything the Romans had ever seen. It dominated the area at nearly 50 meters in height with a capacity of over 50,000 spectators. The Colosseum was built mainly from locally-quarried limestone while its inner walls were constructed with concrete, brick and tufa, saving the lighter pumice for the vaults.

The Colosseum was visually magnificent. It was unique in Roman times because it was free-standing, while most amphitheaters were dug into hillsides that aided support of the structure. The facade of the Colosseum consisted of three floors with open arcades that housed statues at every archway. Each level was composed with different types of columns: the ground floor was Doric, Ionic for the middle floor and Corinthian columns on the uppermost floor. There were 80 archways that led into the Colosseum. Most were used by the public, with an innovative ticket system, two were reserved for use by the Emperor, leaving the final two for the Gladiators:The Gate of Life and the Gate of Death.

The interior of the Colosseum was even more impressive with an arena encircled by a walled terrace that provided ring-side seating for the Emperor, senators and distinguished citizens. Beyond this were sections of marble seating for the populace: wealthy citizens, middle-class, slaves and foreigners. The uppermost wooden tier was standing room only for the women and the poor. Spectators in the Colosseum were arranged according to numbered seating and the flow of people organized by vast corridors, landings and staircases. A large canvas awning was extended or retracted, according to the heat of the day, by a team of sailors.

The arena stage was where all of the action took place. In the opening days of the Colosseum, some scholars believe, the central area was flooded in order to stage mock naval battles. The floor was covered in sand and would sometimes resemble exotic locations for staged wild animal hunts. Underneath there were chambers that housed different beasts and ingenious trap doors that would allow for surprise arrivals of wild animals, much to the delight of the crowd.

The Colosseum: The Later Years

With the passage of time and changing tastes, bloodsport and large gatherings no longer being in favor, the Colosseum entered a long period of disuse and disrepair. Natural disasters such as lighting and earthquakes did considerable damage to the structure. Nearly two-thirds of the structure have disappeared, used as source material for other churches and palaces throughout Rome. Restoration efforts began in the late 20th century and continue to the present day. Despite being incomplete, the Colosseum still stands as a testament to the wealth and power of the mighty Roman Empire and attracts millions of awe-struck visitors every year.