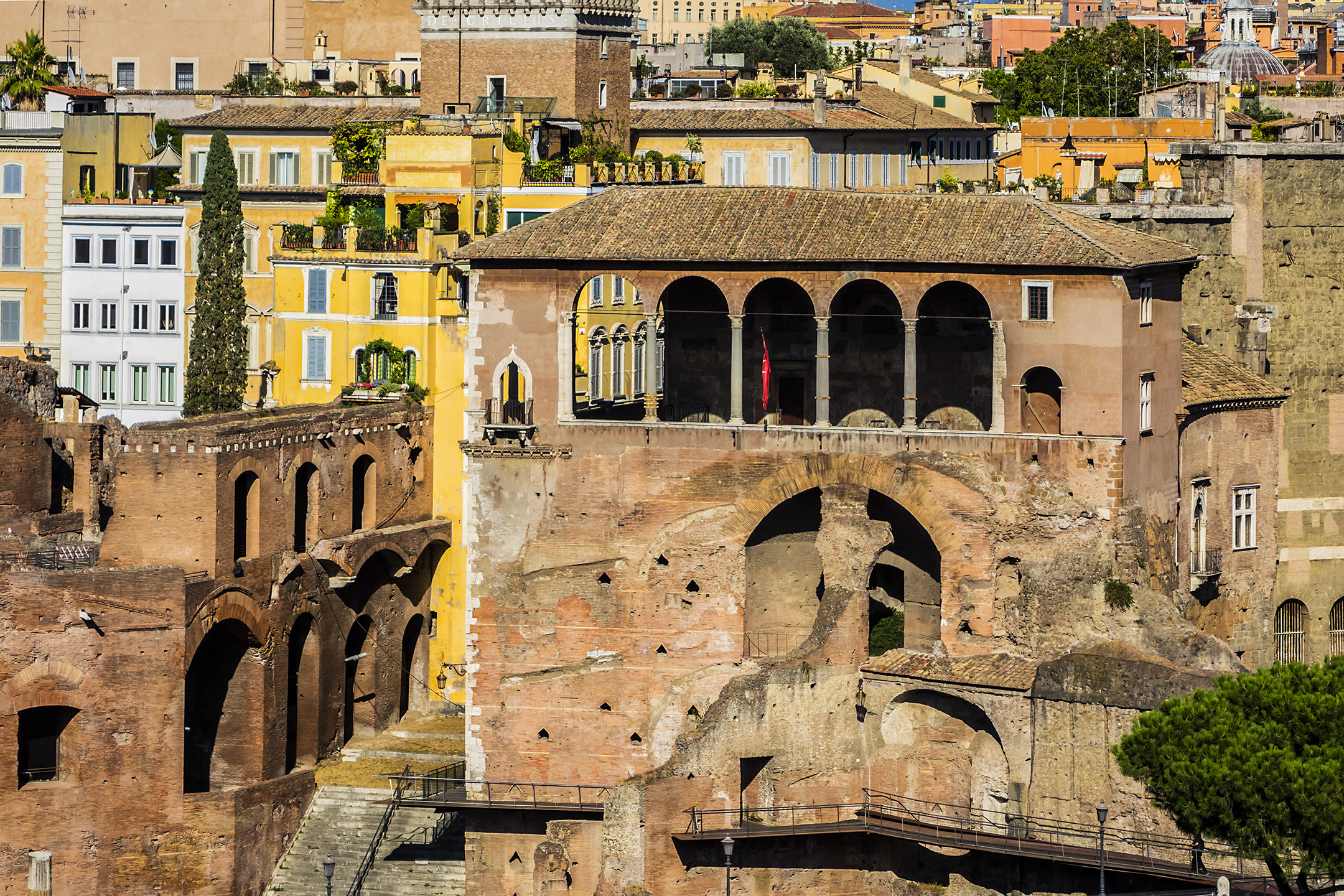 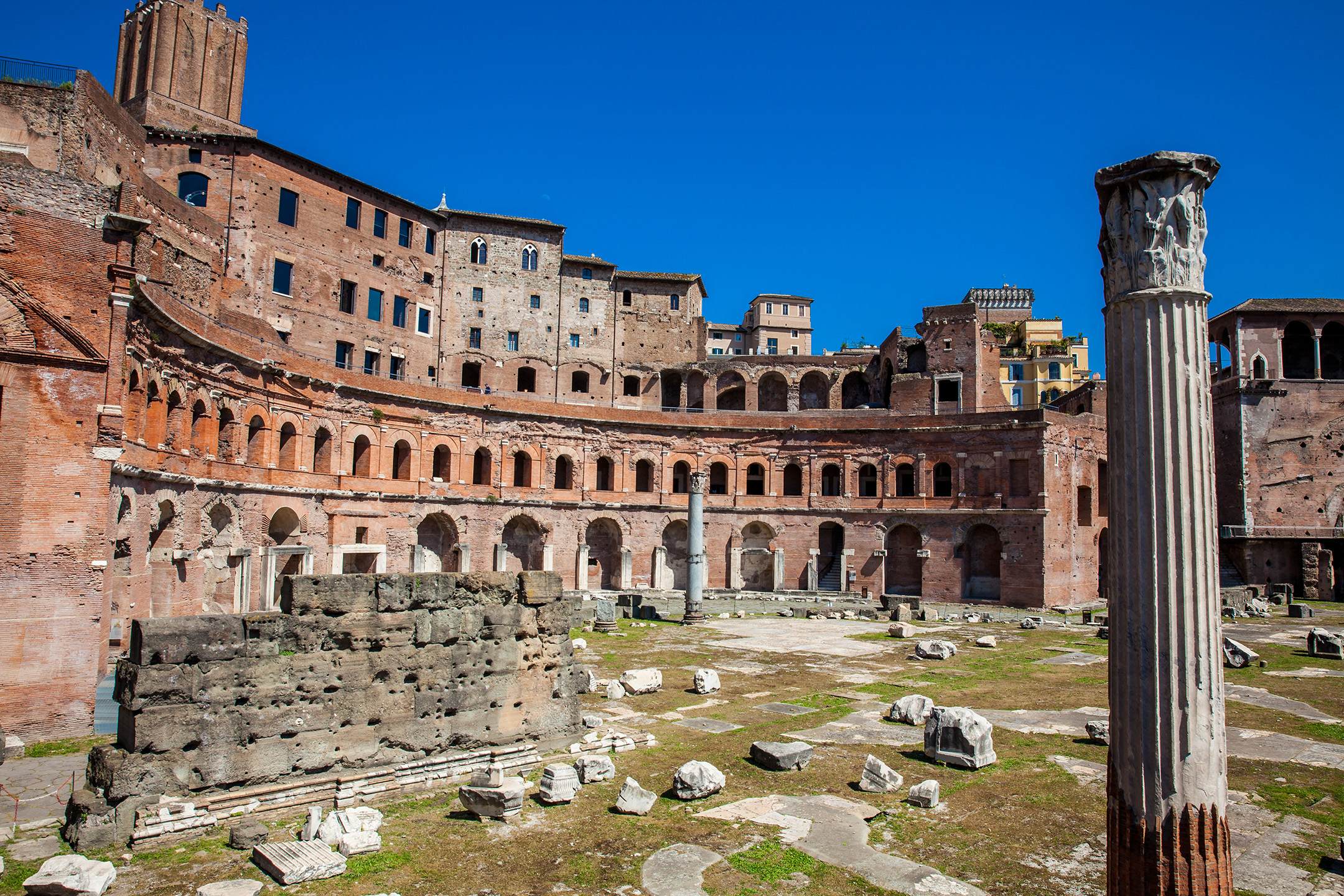 The Trajan Markets date back to the 2nd century AD and, along with the Templum Pacis and the forums of Nerva, Augustus and Julius Caesar, formed the center of the Roman Empire. The museum’s building was not a marketplace per se, but rather housed archives and administrative offices. In these magnificent ruins of the Trajan Markets, the museum was constructed and visitors can explore the building that was once the north-eastern barrier of the Trajan Forum.

Walking down spectacularly preserved ancient Roman roads, visitors can walk in the footsteps of the Roman citizens that once occupied the streets. The via Biberatica is paved with large ancient stones and lined with shopfronts; while the via della Torre seems to lead to Torre delle Milezie that dates back to the 13th century. The museum houses a collection of tastefully displayed sculpture, some dating as far back as the 2nd century BC, and a striking collection of amphorae (large jugs) that are displayed in the remains of a large cistern. 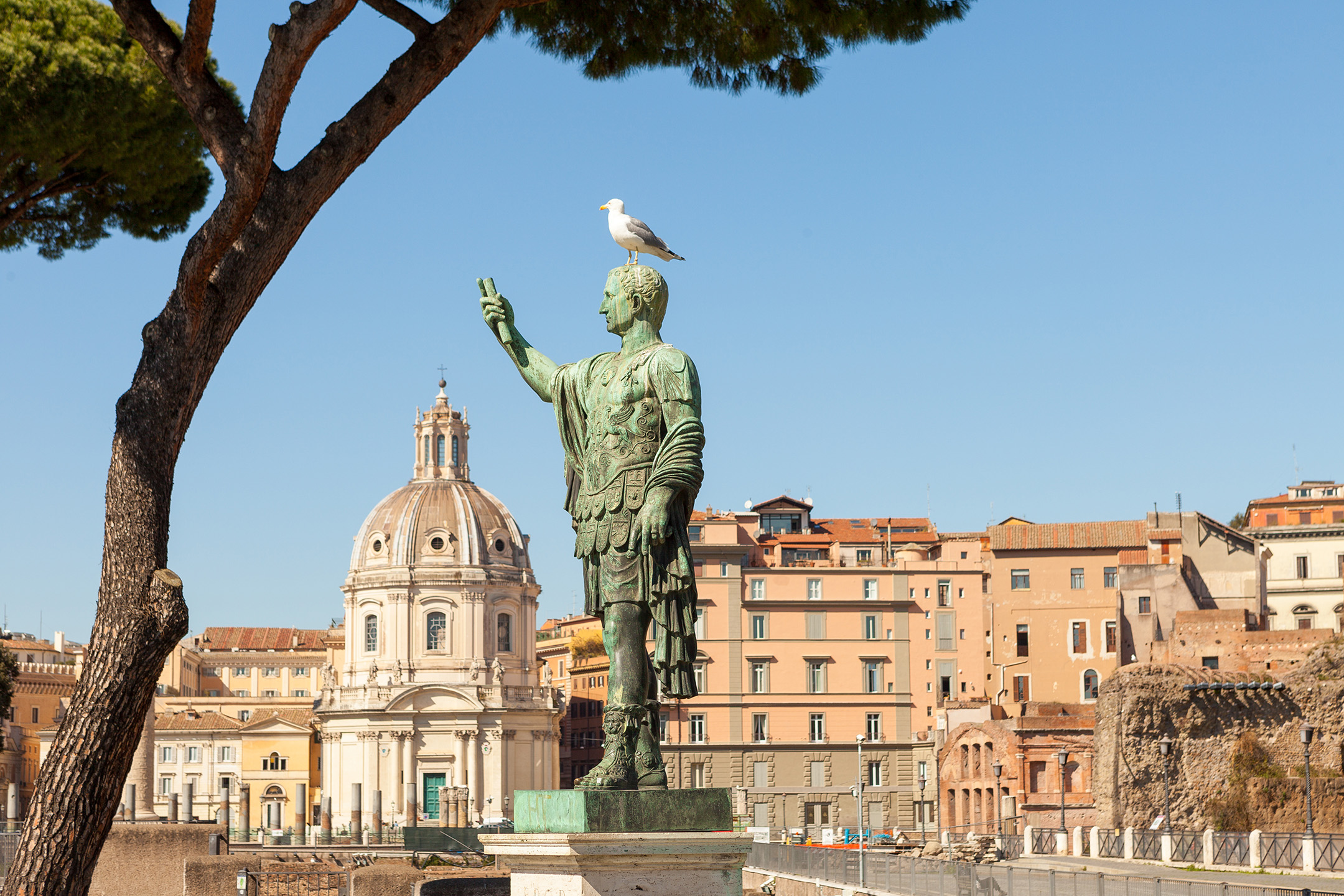 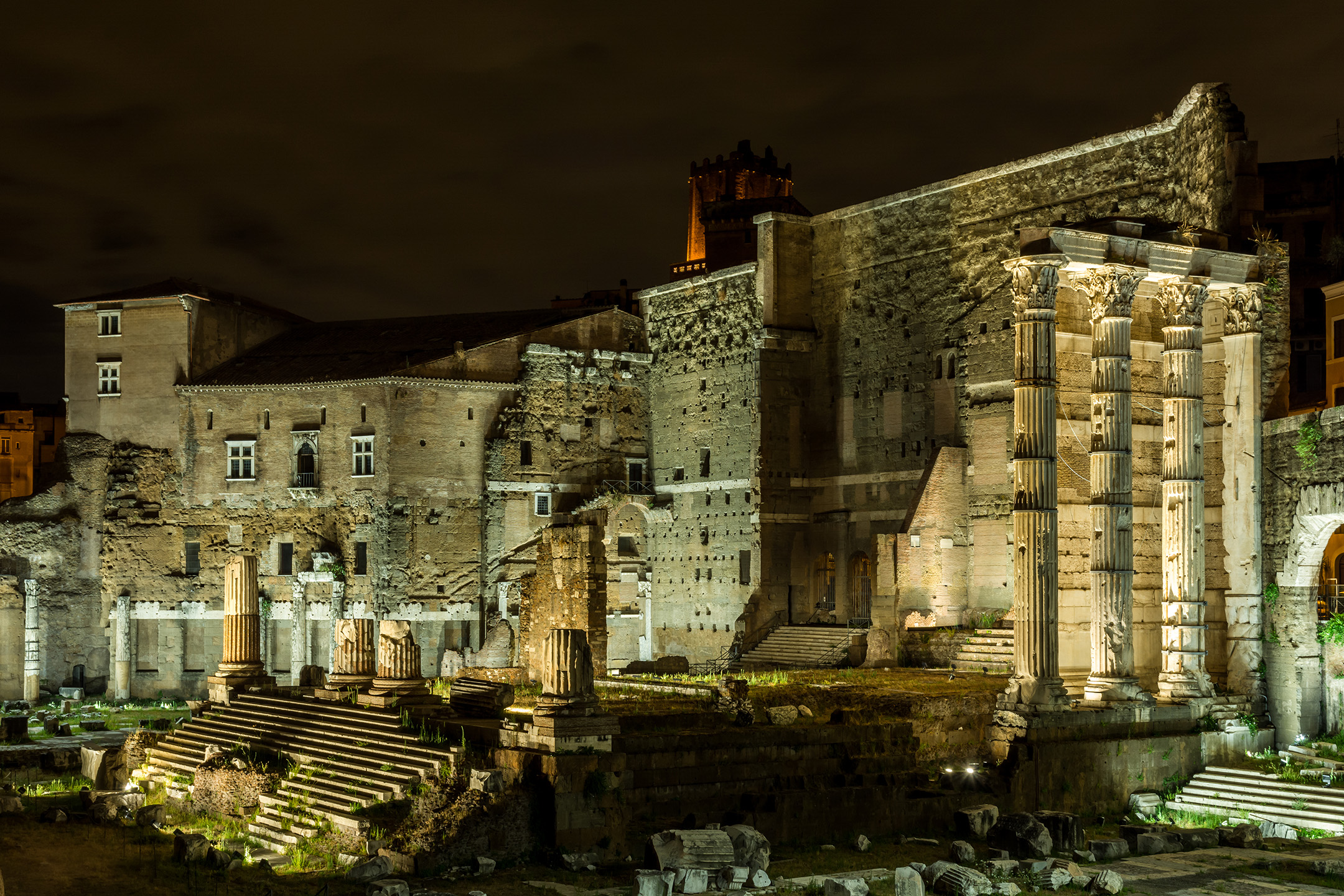 Visitors to the Museum of the Imperial Fora and Trajan’s Markets will be transported back to ancient Rome and feel miles away from the crowded streets of the city center. A truly unique museum and an unforgettable experience await.