The Pantheon is the best-preserved structure from ancient Rome and its dome, the largest brick dome ever built, still befuddles modern-day architects. The Pantheon has been rebuilt more than once and owes its nearly perfect condition to the Catholic Church. Not much about the Pantheon has changed in nearly two thousand years and today’s revelers walk the same marble floors that were underfoot in the times of Hadrian. 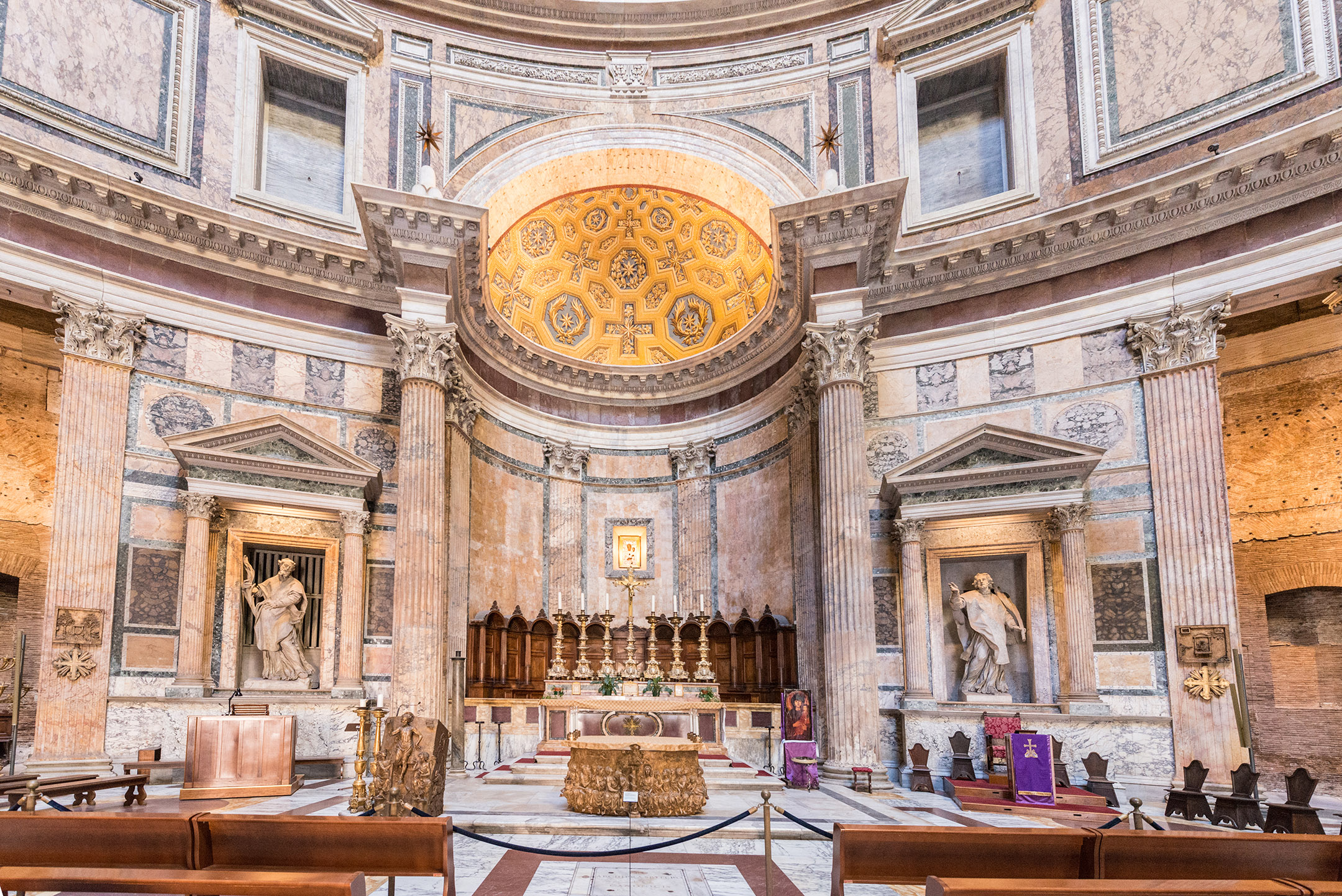 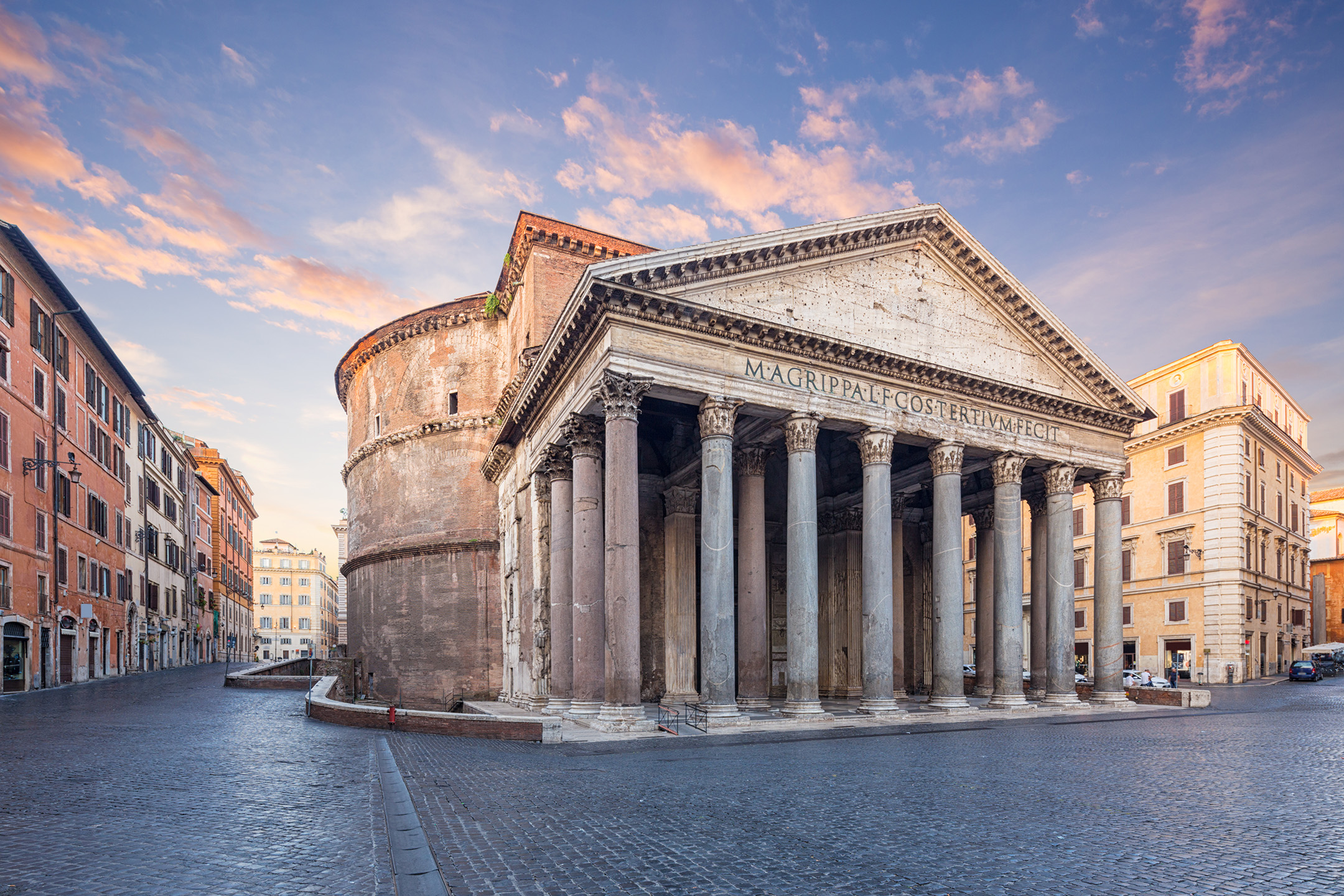 In its first iteration, the Pantheon was a small temple dedicated to all Roman gods and was constructed between 27 and 25 BC by the consul Marcus Agrippa. In 80 AD it was destroyed by a fire and the second construction, by Domitian, was struck down by lightning in 110 AD. The Pantheon that stands today was finished in the year 125 AD under the reign of Hadrian, who dedicated the building in the name of Agrippa. The latin inscription on the Pantheon’s facade reads: “Marcus Agrippa, son of Lucis, three-time consul, made this.”

The portico in front of the dome is held up by massive, monolithic columns that reach more than 14 meters in height. The cavernous space that awaits visitors inside the Pantheon is a perfect sphere, measuring 43 meters in diameter. The dome is made from concrete that was gradually mixed with light stones as it reached the top. Theories still abound as to how the shape of the dome was created. 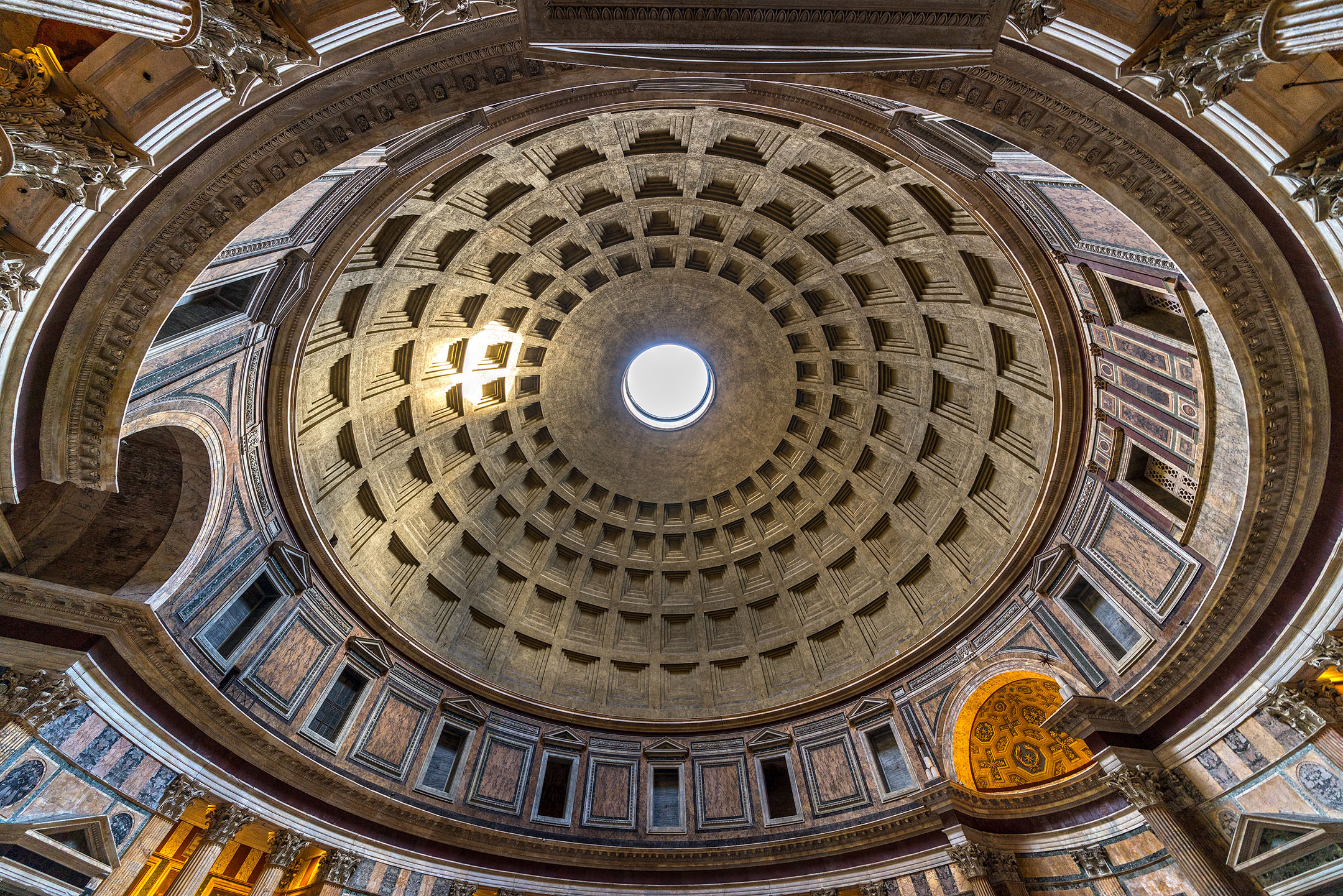 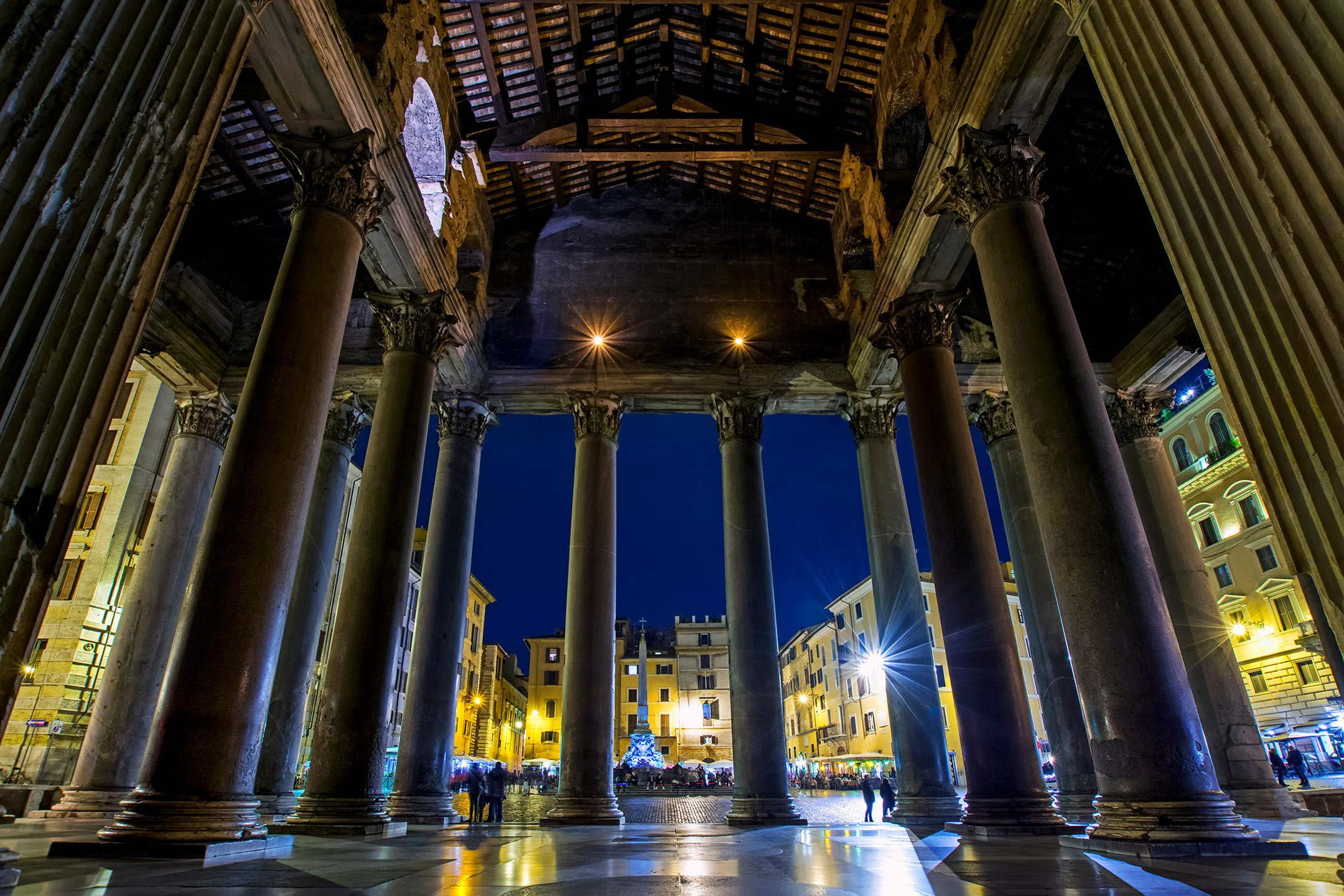 The Oculus at the center of the Pantheon’s dome measures 9 meters in diameter, allowing the sun's rays to flood the building with light. The cavity stays open all year long and the floor is slightly convex with small drainage holes, allowing rainwater to flow into the Roman rainpipes below. The Pantheon was donated to Pope Boniface IV in 608 AD and has been used as a church ever since, allowing it to remain in such remarkable condition.

With the tomb of the Renaissance painter Raphael, as well as those of Italian kings Vittorio Emanuele II and Umberto I, the Pantheon’s incredible dimensions and its breathtaking atmosphere are still leaving visitors awe-struck thousands of years later.